Firms Ignore the Foreign Language Internet at their Peril

When Pepsi launched in China, so the story goes, the translation of the slogan, ‘Come alive with the Pepsi generation’, promised consumers something a little different.

Could Pepsi really bring their ancestors back from the dead? The result was apparently a dip in sales.

While this has never been properly substantiated, according to urban legend-busting website Snopes, Pepsi has never denied it.

Be that as it may, companies across the globe have come a cropper moving into foreign markets. 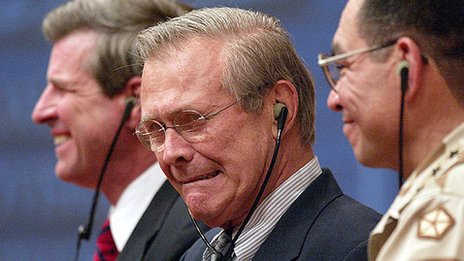 Braniff Airlines, for example, once offered Spanish-speaking passengers the opportunity to ‘fly naked’ rather than on leather seats.

But for businesses operating online, the push to be multilingual is hard to ignore.

Research commissioned by the European Commission found that 82% of consumers were less likely to buy goods online if the site was not in their native language.

Globally, research firm Common Sense Advisory found that 72.4% of consumers were more likely to buy a product with information in their own language.

Arena Flowers’ co-founder and managing director, Will Wynne, would agree.

The online florist launched in 2006 in the UK. In 2008 the business started moving into European markets, first in Holland, then Germany, France and Belgium, with other countries on the horizon.

Each site has its own url rather than running from the main site, and customer-service issues are dealt with by native speakers.

The decision to translate the sites was easy, according to Mr Wynne.

“I think the language is a no-brainer. You’re not going to have any success if you don’t adapt to the local language.

“It’s almost a matter of respect. If you think there’s 60 million people in France and 80 million in Germany, and the idea that they would use our website if we didn’t translate is probably a bit ambitious,” he said. 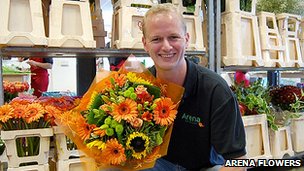 Arena Flowers' Will Wynne: "Localisation is hard to get without native speakers"

Overseas sales now account for 20% of the company’s revenues.

But before pushing your content through online translator Babelfish, or having your mate who spent his year abroad in Portugal take a look, there are a few things to consider.

When Arena Flowers first started to translate their webpages, they used translators recruited in an ad hoc fashion. After replacing their German translator with someone with a better grasp of the language they discovered the site was littered with mistakes.

“I speak French so it was easy for me to determine someone is the right person to have. But I don’t speak German,” Mr Wynne said.

“The trick is either to use a service which provides cost-effective help, or you need to get one good person that speaks that language really well. That first person is key.

“You need to have credibility. Having spelling mistakes on your front page, it makes you look shoddy,” he said.

Skyscanner is a price-comparison website for commercial flights. They trade in 23 countries and 60 currencies.

Around 70% of their business comes from international markets. In Russia, Skyscanner is now the largest meta-search site, with users increasing from 30,000 to 1 million in the space of 18 months. 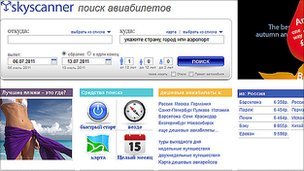 The site has a Russian market development manager, as do other key markets. Lara Bayley, head of marketing for Skyscanner, says using native speakers has made all the difference.

“They have overhauled the sites they’ve been working on, and they’ve made a huge improvement to the quality of the translation – partly because they understand the business.

“We’ve found it quite important to have an independent reader. You send something for translation into a language you don’t understand – who’s going to check it? It does help to have that double blind quality control,” she said.

You may have prose that would make Pushkin proud – but if no-one can find it you may as well not have bothered.

Christian Arno: "If there are economic problems in the UK, there may not be in Germany or Vietnam"

Christian Arno is the founder of Lingo24, a global translation company. As well as translating websites, the firm advises companies on how to position themselves online.

“Translating the website is only half the battle,” he said.

“The key thing is to identify the terms that people are searching for, and then to get to the top of the search engine with those terms.

“That’s a challenge in itself. It’s not trivial. The terms people search for in France or any other country will not be direct translations. In the same way that you’ve got linguistic quirks, you’ve also got searching quirks,” Mr Arno said.

Machine translation is useful for research – but it is not accurate enough, according to Mr Arno.

“Marketing text by definition has to find a common bond between the reader and the company. And that means playing on cultural devices,” he said.

“If you went to a website with all sorts of grammatical errors about the product and about the payment processes, would you feel comfortable actually doing business with them? You almost get to feel as if the site is possibly fraudulent.”

“If the information is not available in the native language, then [customers] will move to a website that offers that.”

US-based Common Sense Advisory is a marketing and research firm that has monitored this area since 2003. Founder Don DePalma believes companies should be taking note.

“I’ve been saying for years that people don’t buy what they can’t understand.

“We found first off that [consumers] tended to spend more time on sites that were in their own languages.

“Time equates to increased stickiness and increased opportunities to sell the customer. So language is a major determinant in keeping people on the site,” Mr DePalma said.

He says this applies even in countries where there is a high acceptance of English.

“We found that even [in Sweden] 80% of Swedish business buyers gave preference to buying in their own language. Across the board this is what we’ve seen in terms of buyer behaviour.”

Ultimately it comes down to common sense according to Mr DePalma.

“Put yourself in the shoes of the consumer or the business buyer who’s on the other side of your website.

“If you go to a site in Japan or China or Russia, how would you react to information which is either exclusively in Russian or Chinese or sparsely translated into English… where you’re forced to use the JCB card, or the Shanghai Visa One card, and that’s all you could use.

“You’d say OK, this doesn’t look like a good kind of situation, and you’d probably go somewhere else,” he said.