Rebuilding Your Brand in China

In an earlier article, we appraised the importance of getting the brand name and logo of a company right in China. Beyond this, other aspects of branding also have to be localized for an effective penetration of the local market. Given the socio-linguistic gulf, the Chinese do not share many of the cultural reference points or even, lifestyle of their American or European counterparts. As many companies have found out, it may be necessary to rebuild or rework your brand when you enter the China market.

Identity and Differentiation
Brand switching is common in China. Consumers are fickle because they now have a lot more choices than they had a decade before. Furthermore, many brands have not done an adequate job of identifying and understanding their core markets in order to target them effectively.

Buick is an example of a brand that faltered despite a strong debut. When Buick was first introduced in China, it was presented as the vehicle of choice for the crème de la crème of society. Pu Yi, the last Emperor of China, was shown in its ads to have possessed a Buick in the 1920s. Similar ads were run of Chinese leaders like Sun Yat-sen and Zhou Enlai. The brand became an instant hit and Buick quickly began to sell more vehicles in China than in the US. 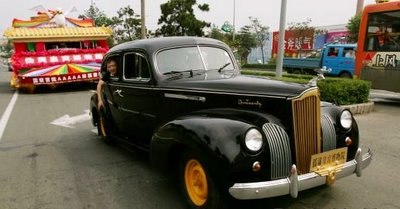 To take advantage of this growth, Buick started selling lower-end models in China. Although sales boomed initially, it went into a decline soon after. This was because corporate chieftains did not want to drive the same car as middle-class or first-time buyers. The latter group were also dissatisfied, as they thought they were buying into the Buick brand and Buick quality but the watered-down version did not meet their expectations.

At the end of the day, no one knew what Buick stood for. Was it high-end or low-end? One size does not fit all in China and a well-thought about strategy is definitely needed there.

Local Relevance
A brand has to fit into the preferences and lifestyle of the target market before it can be embraced by it. Wall’s found that people in China generally do not eat desserts through its initial research. So when the company launched its Vienetta ice cream in the market, it repositioned the product as a shared experience and special treat for aspiring young professionals who wished to connect with the symbols of international success.

Kentucky Fried Chicken (KFC) went a step further by constantly updating its menu to appeal to the market. The highly localised menu includes congee or Chinese-style porridge for breakfast; Beijing Chicken Roll (à la Beijing Duck) served with scallion and seafood sauce; and Spicy Diced Chicken, which resembles a popular Sichuan-style dish. This has won them a large and loyal following in China. With more than 2,000 outlets in the country, KFC has a 2:1 ratio over MacDonald’s here. Outside of China, it is the other way round in most countries.

Connecting with Consumers
Branding is a highly symbolic form of communication. It often draws upon associations to infer upon the brand a certain quality. In China, a different set of cultural associations has to be adopted.

Clarins for instance struggled with sales of its male grooming products because it did not treat China as a separate market. Leveraging on its international advertising, it presented ethnically diverse, metrosexual models to local consumers. Already nervous that caring about their appearance means they are not manly, Chinese males were put off by Clarins’ advertising campaign. They could not relate to the models and had no desire to look like them.

Other brands also failed with advertising campaigns featuring blonde preppy models lounging on yachts. Unlike the West, yachts and the Hamptons were not in the popular imagination in China.

In contrast, L’Oréal successfully promoted its male cosmetic brand Biotherm by leveraging on Korean movie stars. At a time where Korean movies and pop music is highly popular in China, these stars carried a look, style and personality that Chinese men aspired to and Chinese women wished their boyfriends had.

Like  most other countries, China presents its share of challenges for brands entering its market. More than just language, a strong understanding of the people – their habits, preferences, desires, identities, aspirations – is crucial in making the emotional connection that is part of the branding process.

Furthermore, China is more similar to Europe than the US, where strong regional differences in language and culture exist. Companies hoping to establish substantial presences in china are well advised to invest as much in consumer research as their marketing and promotion efforts.

2 Responses to Rebuilding Your Brand in China