Harry Potter and the Illegal Translators

We have seen how erroneous translations have resulted in expensive damages for some of the world’s biggest corporations.

Today, we will look at erroneous translations in a different light, a term loosely known as illegal translation.

One famous example would be JK Rowling’s Harry Potter series; perhaps the most widely read stories in the world. The Harry Potter series has sold an estimated 400 million copies worldwide and it has also been published in more than 64 languages. 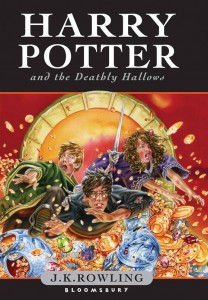 Harry Potter and the Deathly Hallows, the last of the seven part series by J.K Rowling

For the authorized translated versions, the publishers even got some of the world’s best translators to work on it.

However on the flipside, as translation work could only start after the English version is released, many of the Harry Potter fans world-wide became impatient as the wait was way too long.

Some had to make do with the English version and the others who did not have an adequate grasp of the English language had to settle for the illegally translated versions.

Such demands had led to a widespread movement of illegal translations, which has allowed fans to get their hands on the book way before the official version is even ready.

The illegal translators worked in groups in order to speed up the process; the copies were either uploaded on the internet or published and sold off to unsuspecting fans who actually thought they were the official versions.

Some of these translators even went to the extent of using free online translators and converting it into the language of their choice.

Depending on the language, the translations were often full or errors and inconsistency, it might even look like a joke considering the amount of mistakes made and the hastiness of the translation process.

For the true Harry Potter fans, it would be disheartening to see JK Rowling’s masterpiece being tarnished by these illegal translations, as the context from the original story would have surely been lost with such a sloppy translation process.

As a good translation requires a great deal of effort coupled with a meticulous proofreading process, an advice for true fans of Harry Potter would be to wait patiently for the authorized translated version of the book. This would ensure true enjoyment of the story as its true context would be appropriately preserved.