Positioning Your Brand Effectively in China

It seems that everyone wants to do business in China nowadays, and obviously, there are many strategic issues involved when moving a brand into a market that is linguistically and culturally different.

Covering this would take an entire tome of a book. Perhaps we should “begin at the beginning” with the brand name and logo. Why do some succeed where others have failed spectacularly in their branding? Past forays of Western pioneers provide good insight into the market. 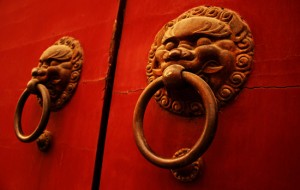 A Rose by Another Name Does Not Always Smell As Sweet
People often form their first impression of a brand from its name. The name also influences how they think about a brand later on and connect with it emotionally. Thus, a proper translation of the name can lead to a successful penetration of a market.

But first, how are brand names translated in China? Basically there are three ways. The first is a literal translation. For instance, Microsoft was rebranded as “微软” , with “微” denoting micro and “软”, soft.

The second is phonetic. A Chinese name that sounds like the English one is chosen. Ikea is known as “宜家” (Yi Jia) and Samsung, “三星” (San Xing) in China.

The last way is to express a similar image or concept in Chinese. Shell Oil is recognized as “贝壳” (shell) while Wrigley’s is “箭牌” (arrow brand). Sometimes, a combination of these devices is used. Coca Cola’s Chinese name, “可口可乐” , is phonetic. At the same time, it is also a conceptual translation because the name means “allowing the mouth to rejoice”.

The brand names that strike a chord with Chinese consumers are those that call attention to the brand value. An example is Mercedes Benz, which was rebranded as “奔驰” (speed ahead). Its competitor BMW, known as “宝马” (precious horse), has managed to endear itself to this market as well.

Like in other markets, brand names that arouse positive emotions perform very well in China. Carrefour, one of the most popular foreign supermarket chains here, is known as “家乐福” (Family Fortune and Happiness). Its success can no doubt be partly attributed to its name, which refers to a happy and fortunate family. In a country where life is centered around kin and kith, the name reaches out effectively to the market the brand is targeting.

Brand names can further confer positive values to a brand. The Chinese name of Full Mark, a hotel, is “福 满客”, which implies it is always fully-booked and guests have high praise or full marks for the place. Similarly, Hyundai is seen as a technologically advanced company through its name, “现代”, which means modern in Chinese.

The Other Side of the Looking Glass

Logotypes present another challenge for foreign brands in China. The meaning represented in the image may not always carry over due to differences in cultural associations. Quaker Oats was affectionately adopted by the Chinese market as “老人牌” (old man brand), but Polo Ralph Lauren’s polo player was nicknamed “三脚马” (three-legged horse), which carried none of the classic affluence and prestige the brand conveyed in the West.

Imagine this happens to your company, except in Chinese. The ridicule and derision heaped on your brand may be something it might never recover from in China.

Nestle was one brand that successfully tapped into the China market by aligning its branding to the cultural values of the country. The image of a female sparrow breeding its young in its logo evokes warm feelings of parental love in the market. This was well-received in a society where the concept of filial society is held in high regard.

To look at this issue from the opposite perspective, hilarious brand names in badly translated English can be found all over the world.

China may be a land of opportunities, but make sure you have the right localization team behind you before you venture into it!

One Response to Positioning Your Brand Effectively in China